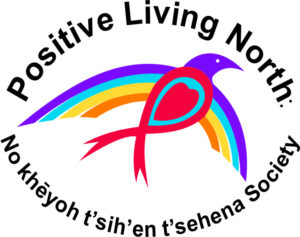 Positive Living North: No khe̅yoh t’sih’en t’sehena Society (PLN) has been a solid and reputable not-for-profit community-based HIV/AIDS/HCV service organization since its incorporation in 1992.

We are an Aboriginal AIDS Service Organization (ASO) that has a proven record of innovation, responsiveness, and commitment to all Northern residents. In response to the scope of the HIV epidemic in our community, we continue to provide support to people living with HIV/AIDS/HCV (PHAs), and address the greater need for prevention and education services.

Since 2003, Positive Living North has added to our solid foundation through increased Aboriginal-specific programming and through being involved with local, regional, provincial and national strategies which are directly linked to the root causes of the HIV/AIDS/HCV epidemics.

As we grew into our identity as an Aboriginal organization, in 2003 we developed a small, fledgling program called the Fire Pit Cultural Drop-In Centre. The Fire Pit is a street-level HIV/AIDS/HCV prevention and support program grounded in the philosophy that culture and healing are critical components in reducing the risk for HIV/HCV, and a primary mechanism for effectively supporting those infected.

Through a funding arrangement between PHAC’s ACAP division and the Northern Health Authority, PLN began the remote management of the previous Positive Living Northwest (PLNW) operations in Smithers in October 2008. Also, in 2013, PLN was able to hire an Outreach HIV/AIDS Educator for the Northeast region of BC. This educator, located in Dawson Creek and housed within the Nawican Friendship Centre, has expanded the geographical scope of the educational services offered by PLN. Overall, PLN provides services to over two-thirds of the Northern Health Authority region.